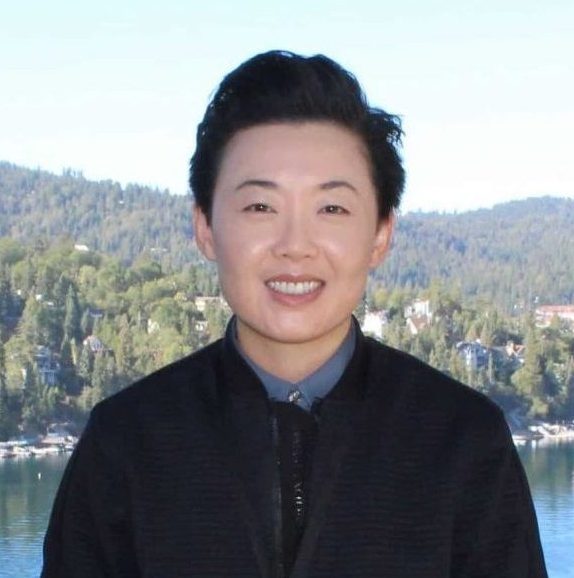 Little did Vivian Yang, PharmD, imagine when she visited Lake Arrowhead while in high school that it would one day become her professional home. Yang is the new director of pharmacy at Mountains Community Hospital, a position she assumed just a couple of weeks ago.

While studying for her bachelor’s degree in biology at the University of California, Riverside, the San Gabriel native took a job as a pharmacy technician on the advice of her roommate. “They were looking for someone and it seemed compatible,” Yang said. That she found her niche is obvious as she went on to obtain her doctorate in pharmacy at the University of Colorado.

After working as a pharmacist at Walgreens and then Providence St. Mary Medical Center in Apple Valley, Yang jumped at the opportunity to join the team at MCH. “I was looking for a hospital that felt more close knit,” Yang said when asked why she chose to come to MCH. “A hospital that feels like a family, with everyone operating in sync.” She said the feeling she already has at MCH is that everyone is there to help one another. “I wanted that feeling,” Yang said. “I came from a very big hospital. No one knew anyone – it felt very disconnected.”

As an example of that disconnect, Yang noted she was talking with a nurse at St. Mary’s a year ago when the nurse said she didn’t know they had a new pharmacist. “I had been there four years,” Yang said. Working as an in-patient pharmacist is very different from working in a retail store, she noted. At Walgreens, where Yang was the overnight pharmacist, they would typically fill 1,000 prescriptions a day. “There was no way to review a patient’s entire profile, to ask them how they were doing on a certain medication. It was very impersonal. It wasn’t what I wanted to do. “I wanted to come in every day, look at the same patient, look at their labs, see if they are getting better, get to know them medically,” Yang said. “I had that at St. Mary’s.”

As an in-patient pharmacist, Yang is more involved with patient care. “If they have an infection, I can order some labs to see what type of microorganism we are dealing with,” she said, adding she can also modify an order to fill it with the appropriate antibiotic. And, Yang added, “certain medications need to be monitored closely. I can order blood serum levels to make sure they are within the concentration to treat the infection but not damage the kidneys.”

In addition to filling orders for medications required in the operating rooms or for patients on the medical-surgical wing of MCH, Yang will be part of the team caring for the residents of the Skilled Nursing Facility at MCH. “It’s quite involved,” she said. “We assess the patient’s entire medical profile. I might suggest discontinuing a medication and going with an alternative. I can suggest modifying dosages.” One advantage of the long-term care available at MCH is that there is a pharmacist on duty every day. In long-term care facilities not connected to a hospital, there might be a pharmacist available once a week or even once a month.

As the director of pharmacy, Yang will be reviewing the protocols and procedures that are in place. Those include standardized dosages of certain medications and how they are administered. “We set the procedures in writing so the nurses and doctors order and administer medications accordingly,” she said. Those protocols also give Yang leeway to modify certain orders. If a medication falls into a “gray area” and Yang has a question, she will have a conversation with the physician. “I will make a suggestion,” she said. “It’s important for the whole team to work together.”

At MCH, Yang said, the department heads have daily “huddles” and let each other know what is going on with the patients – what’s good, what’s bad. “There is detailed, meticulous care for the patients here,” she said.

Currently, Yang said, there are no new groundbreaking drugs being introduced by the pharmaceutical companies. “Right now,” she said, “the race is to find a treatment for COVID-19.” Patients now are being treated with remdesivir. “The pharmacy industry has been trying anything and everything. Remdesivir is the best and only thing now.”

Yang is currently commuting to MCH from her home in Apple Valley. With the current tight housing market, she is having trouble finding a mountain home but looks forward to both living and working here. She is also looking forward to getting out on Lake Arrowhead and Lake Gregory as she loves to kayak. In her free time, she also enjoys playing the piano, which helps her relax.

Yang is forging her relationship with the medical staff, noting that “I love everyone I have met so far. This is exactly what I was looking for – a close-knit family. This hospital is small enough that I can walk over and talk to a nurse. There is lot more face time, seeing the nurses and doctors in person.”

About the Author: Abby Savich